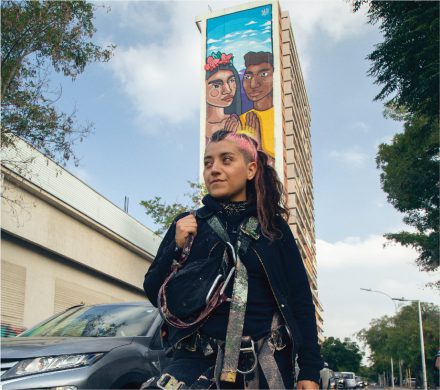 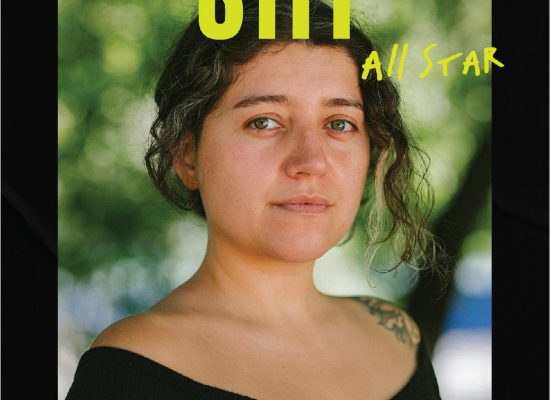 Mural painter Estefania Leighton, known as Stﬁ, has been practicing her art in Santiago de Chile for 10 years, but has been a lifelong fan and follower of street art and mural paintings. “I started painting almost by accident,” she explains, “I dedicated myself 100% to painting on a trip I made through Latin America… getting to know other artists, but also getting to know the culture.” Stfi was inspired by the diversity of what being a woman in these places meant and this formative experience became a conceptual foundation in her work today.

Stfi mainly paints women and nature, representing the diversity and interconnection of both flora and fauna. She defines her style as “magic realism,” and that her work seeks to make you feel like you are in a dream. “I think that is one of the beautiful things about painting. That you can decide what to do and create new scenarios.”

The mural is entitled Equality, and it is a manifesto of an urgent need to see each other as equals. Artist Stfi invites the viewers to be conscious about the tremendous inequality that exists between men and women today. “In the mural I represent these two beings, looking at each other as equals.” From the hands’ positions and posture of the subjects, Stfi depicts the joining of energies, mutual understanding, and unity as a way to describe that “together, we can build much more important things, and transform this society a little.”

Stfi believes that art – especially public art – is “an expression and a tool of social transformation” and that people viewing her piece on the street “might not have been aware of the sensibility or the emotion that a piece of art in the street can awaken.” At the end of the day, Stfi’s mural invites people to question the world around them, something that Stfi herself did in creating this mural by including a male figure in her work, where she typically just displays women. The diversity and equality of its message was mirrored by the group that helped her execute the mural. “We aimed for an egalitarian group. We are three women and three men [that worked on this piece].”

This mural is located in the neighborhood of Yungay in Santiago, which holds a special place in artist Stfi’s heart – it was the place where she connected to mural painting, and started her practice. She reflects that Yungay is a “diverse neighborhood… full of migration. There are lots of immigrants who have brought their culture to this place and without a doubt, that has enriched everyday life.” In this unique neighborhood this mural represents equality, not only for gender, but for humanity. 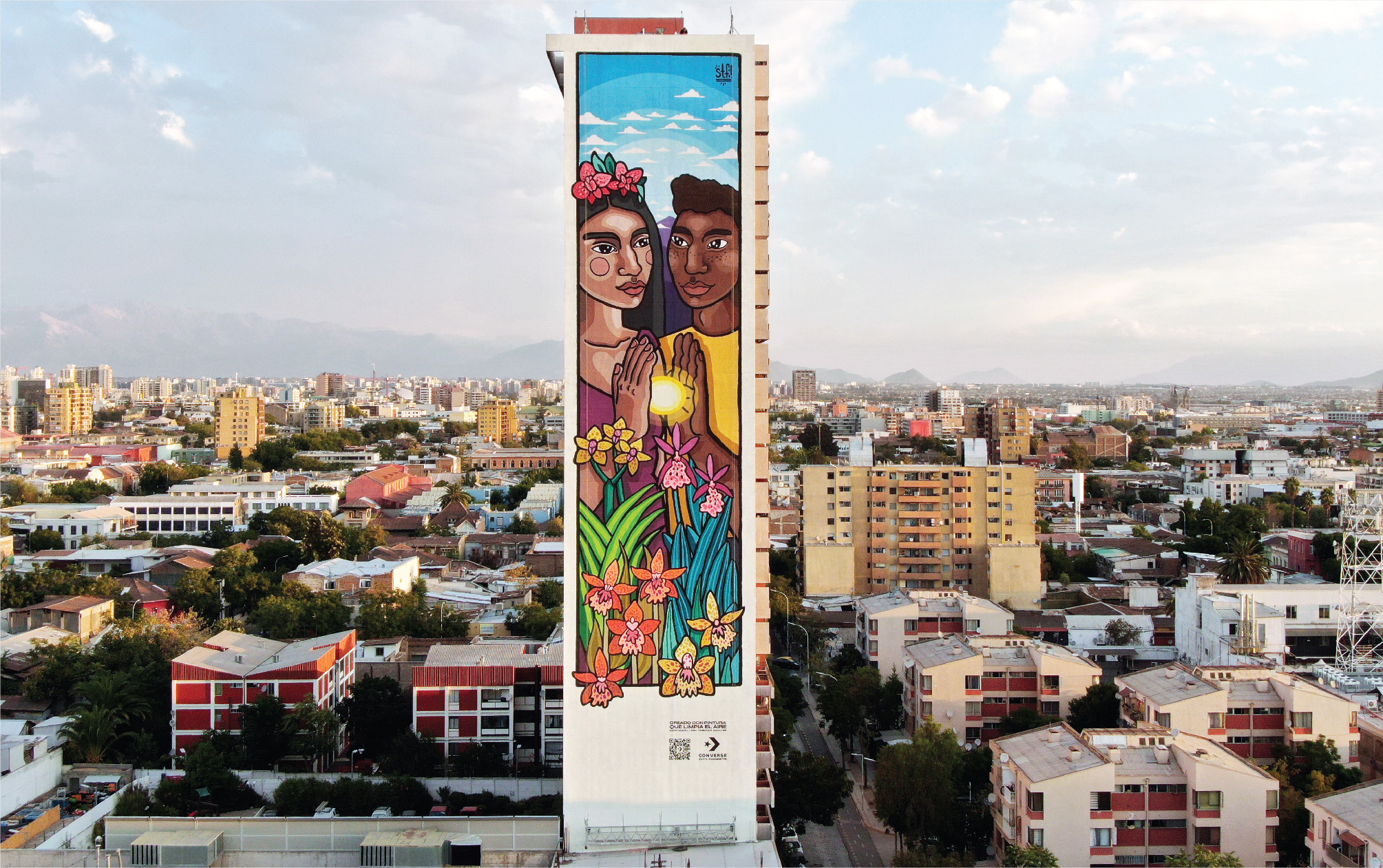 Siga #ConverseAllStarMurals to see what we’re doing around the globe to highlight purpose via art to communities just like yours. 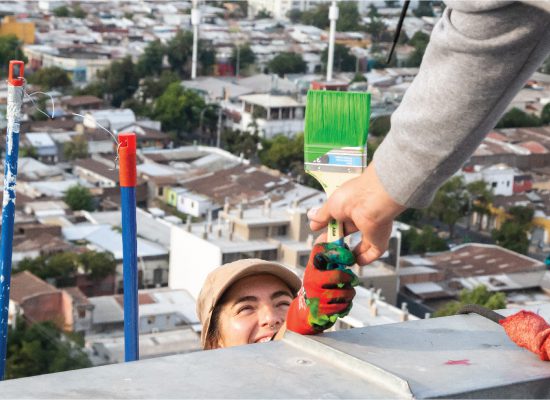